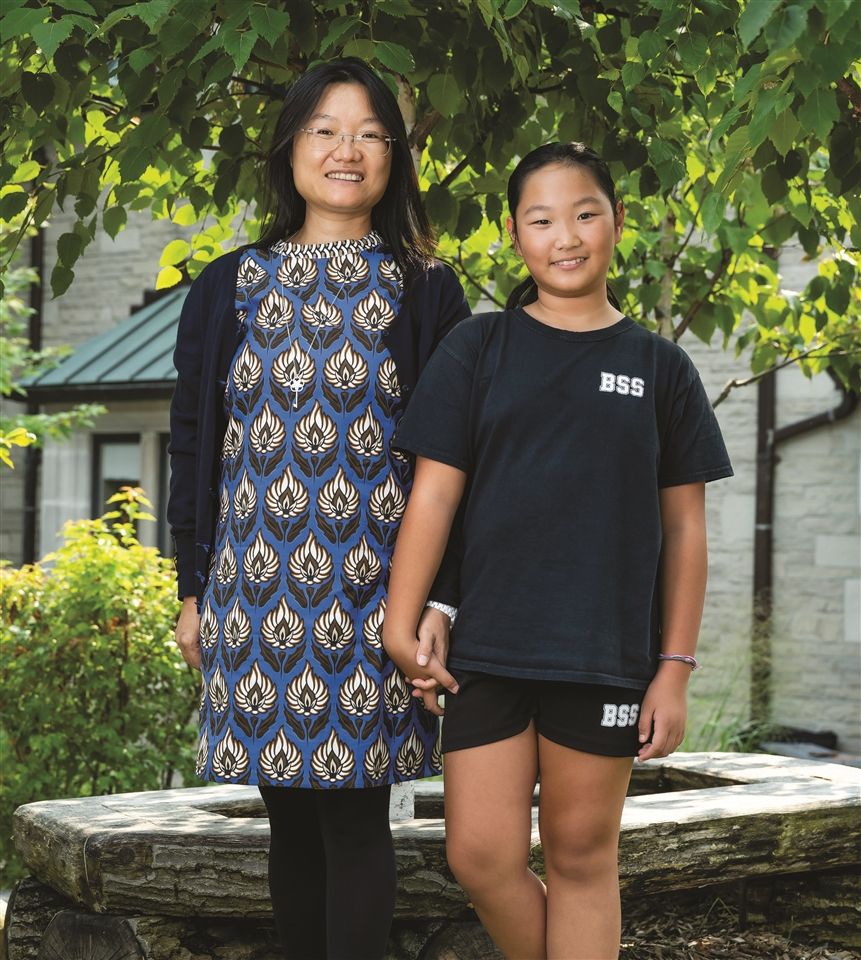 Arriving at BSS for her first parent-teacher conference, Rachel Hu had trouble finding the classroom where the meeting would be held. Instead of just pointing the way, Head of School Dr. Terpstra walked her there.
This is the kind of personal gesture that Hu has experienced repeatedly since enrolling her daughter Alice in Grade 3. “Starting from our first school visits, we found warmth from all of the staff and teachers. They were very welcoming, like a big family,” says Hu.

Having relocated from Beijing, China, to Canada, Hu and her husband Haiming Wei, are also grateful that their daughter feels comfortable at BSS. Alice loves a variety of subjects, including math, science, integrated research, art and drama. She is on the school swim team and was selected to join the Toronto Swim Club. But even more exciting, says Hu, are the changes she’s seen in her daughter’s attitude. “She’s developed a great curiosity, and whereas in the past she was really worried about success or failure, she now looks at experiences as a way of achieving growth,” says Hu.

Hu and Wei were motivated to give to BSS after receiving a letter from the school translated into Mandarin that reassured parents that even if they were experiencing financial difficulty, no child would be left behind during the COVID-19 pandemic. “To me, that was a very touching message, and since I was capable of giving, I felt em-powered to do so,” says Hu. The family made a significant donation to the Area of Greatest Need to help the school address emerging learning needs as they arise.

Giving is also deeply rooted in Hu’s family and beliefs. “There is a saying in Chinese culture: that one can ‘accumulate good fortune through helping others,’ either through financial donations or gifts of time.”
Back