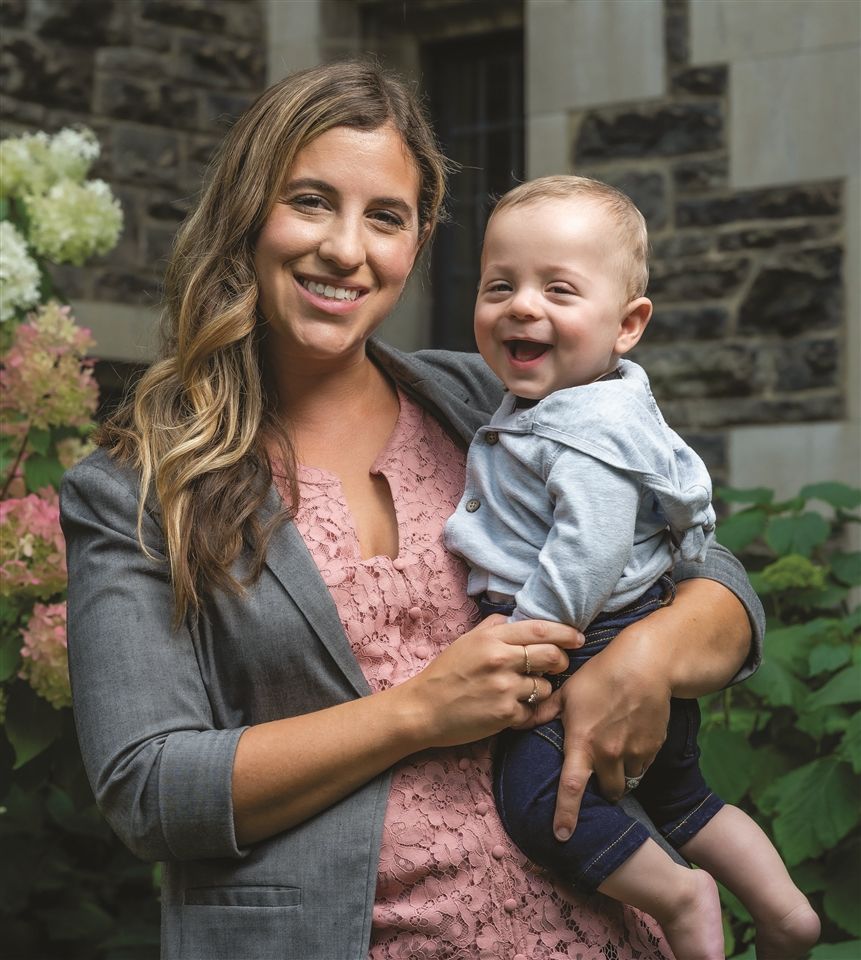 Building a legacy by giving back

Like many new parents, welcoming her first child inspired a moment of pause for Becca MINTZ ’05 and her husband. “You start thinking about your legacy, and what you want to leave behind,” says Mintz.
In addition to her annual donations to school priorities, she wanted to memorialize her support through a planned gift directed to Financial Assistance.

“The Financial Assistance program means that talented young women who otherwise would not be able to attend BSS are able to enrol. Supporting that through Planned Giving means that I can contribute to someone else’s strong foundation, and that is a privilege,” she says. Mintz and her husband also chose to give to the hospitals that helped save their baby’s life after he was born prematurely. “We were thinking more systematically about charitable giving rather than just making donations here and there,” says Mintz.

During her time at BSS, Mintz was highly involved on the basketball and softball teams, and as a prefect in her final year. It was years later that she recognized how organizing school-wide events had given her a leg up as a leader. “My peers in first-year university were struggling to put on a fundraiser and I’d already done that a million times at BSS. I felt really prepared, not just academically but with life savvy.” Earning a business degree from McGill University, Mintz joined Capital One after graduation and is now a senior director on their analytics team.

Mintz continues to connect with BSS as an Old Girl. She was a member of the BSS Alumnae Association Executive, including serving two years as co-chair. During that time, she collaborated with others to start a Young Alumnae Committee.

Mintz says volunteering helped widen her BSS network even further and has deepened her appreciation for the school. “Anyone who has benefitted from a BSS education can speak to how well-positioned they were for the next chapter of their life,” she says. “If we can contribute to someone else having that experience, who might not have the socio-economic background to attend, that’s pretty incredible.”
Back